In 1831, Joseph Naper and his group of 50 settlers landed in the area that would eventually become Naperville. There, they established the first settlement in DuPage county. As Naper’s settlement grew and grew, the christian settlers found themselves wanting to form a church so they could worship together.

Two years after the settlement was founded, the first church within a ten mile radius was established. Below, you will find a brief summary of their early years:

The Early Years of First Congregational Church of Naperville

A group of christians all assemble in the home of a man named Isaac Clark. During this meeting, the very first church in Naperville (First Congregational Church) is formed.

An even larger group of people meet in a grove and the first church of Naperville is officially announced.

Jeremiah Porter, a Reverend who presided over the events, gives his own personal account of the weekend:

Saturday the 13th ultimo, we passed in fasting, prayer, and exhortation, organized the church and elected elders. On the Sabbath we repaired to a grove, the place where we previously met being too small to accommodate the audience. The Lord’s supper was administered to 35 communicants. It was a cheering scene. Few had dared to expect such a scene at this early period in the settlement of our frontier. The grain of mustard seed will, we trust, become a great tree, so that multitudes shall yet rest under its delightful shade.”

Reverend N. C. Clark was the first pastor. Since there was no sanctioned meeting place, they would meet in places such as his house, the home of other church members, the school house, or even a barn.

The church becomes known as First Congregational Church of Naperville. 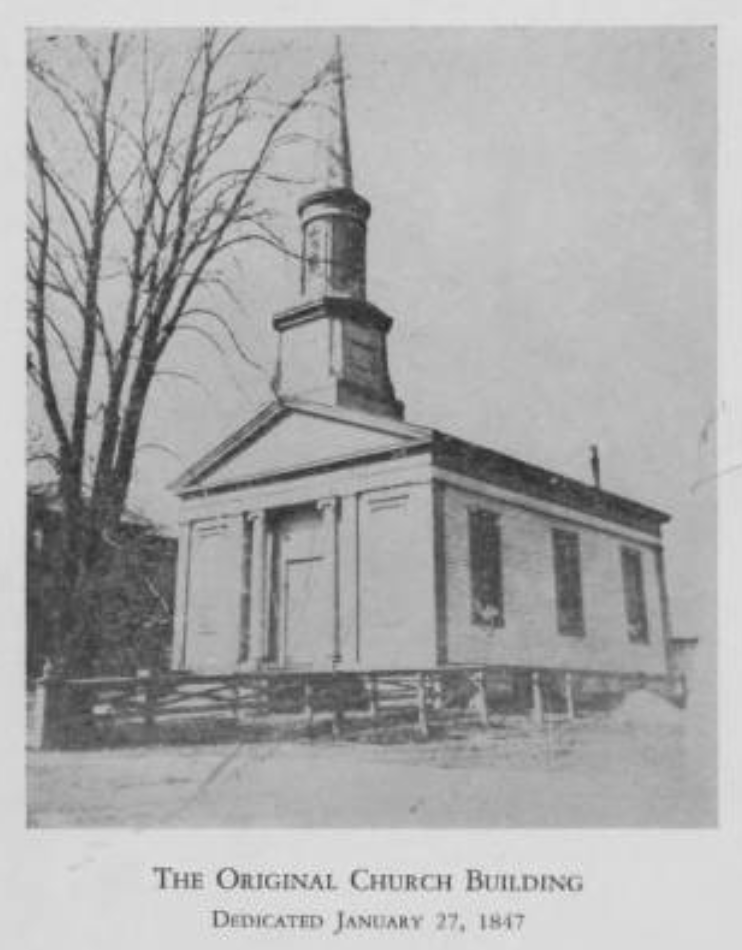 The Establishment of Other Early Churches in the Community

During this same  period, other churches began to emerge in the area Also among these early congregations are many German Speaking Churches that no longer exist today. Pictured below, you can see (from the left) Methodist, Zion Evangelical, both located on Piety Hill in downtown. You will also see the original steeple of St Peter and Paul Catholic church. 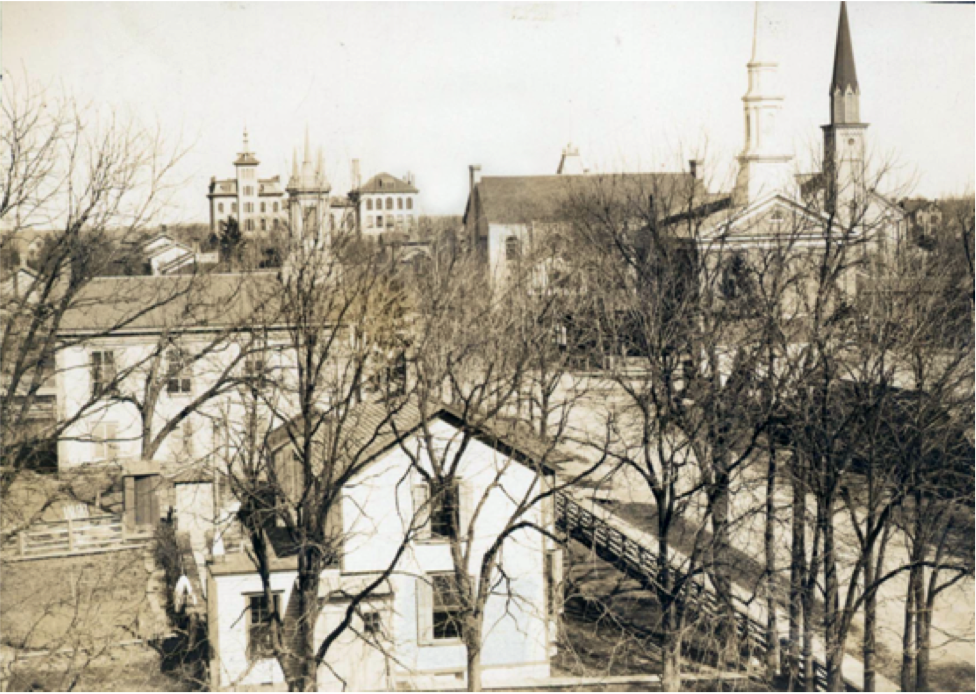 As the community continued to grow and flourish, more and more churches began to pop up across town. Today, you’ll find over 40 different christian congregations within the city limits. From its humble beginnings, Naperville has grown exponentially over the years. While the city certainly has become more secularized, many of the original churches in the area are still standing and remain prominent congregations.

For more information about the history of churches in Naperville, go to the Naper Settlement Website.